The GEEMaP Citizen Science Workshop on Saturday, October 21, was attended by an enthusiastic and focused audience. 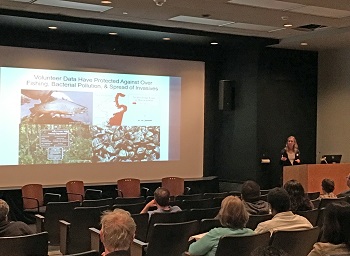 The workshop began with the keynote address, "Citizen Science, Making a World of Difference," by Kris Stepenuck, PhD, of the University of Vermont. Kris, who is Professor of Watershed Science Policy and Education, explained what citizen science is ("you don't need to be a citizen of anything"; the term just refers to the general public's contributions), and how data collected by volunteers and the general public have been effective to bring change. Some of the accomplishments of citizen science have been to protect against overfishing, bacterial pollution, and invasive species. 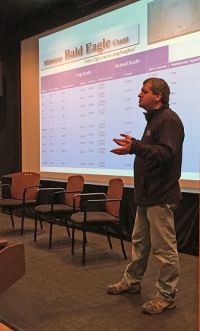 Shawn Hawks, director of the Iowa Raptor Center, spoke about efforts to monitor raptors and other birds. 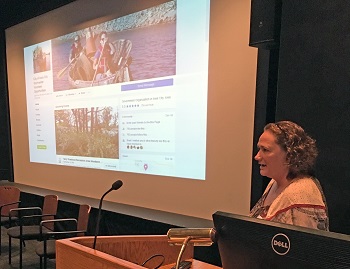 Carol Sweeting, City of Iowa City Public Works Information and Volunteer Coordinator, talked about the upsides and downsides of working with volunteers. She noted how very gratifying it is to involve people in projects such as removing invasive plants. 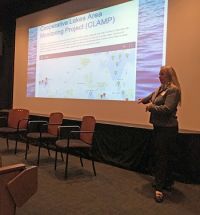 Mary Skopec, PhD, Executive Director at Iowa Lakeside Laboratory talked about the lake and beach monitoring done by her organization with the help of volunteers. She described the effectiveness in improving water conditions in Iowa. 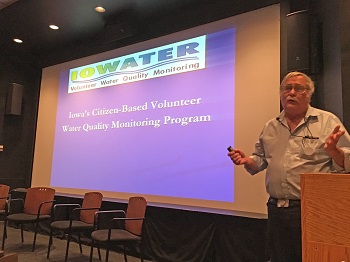 Dave Ratliff, Johnson and Iowa County Watershed Coalition project leader, described his personal journey in which concern for the streams in his local area led him to recruit groups of volunteers to help monitor water quality. 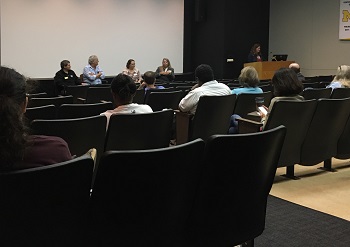 The four then participated in a discussion and described ways people could become involved where they're most concerned and interested. Young people looking for ways to contribute can ask themselves, not necessarily "what is my passion?" but simply "what am I interested in?" 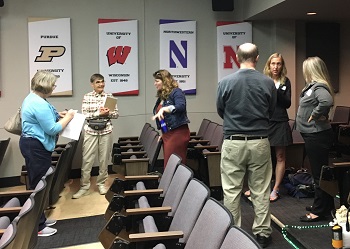 After the discussion was over, several attendees stayed to talk about individual questions with presenters.